FIRST WRC POINTS FOR MAX RENDINA IN SWEDEN
At his debut on snowy ways, the reigning "production" World Champion codrovered by Mario Pizzuti and the Lancer “33”, finish an hardest race.
The Rendina’s final comment :" A unique, exciting and highly formative experience.  Now, we are ready for Mexico.  We want success!"

At the debut on this type of surface, the reigning “production” World Champion, codrivered by Mario Pizzuti with the famous Mitsubishi Lancer Evolution "33" Pirelli equipped, took  a concrete as unfortunate race.

The first leg started at the top of production "category", confirming this way crew and team's "mondial " status,  then damaged the front-left wheel during the fourth SS for the violent touch with a stone on the trajectory. 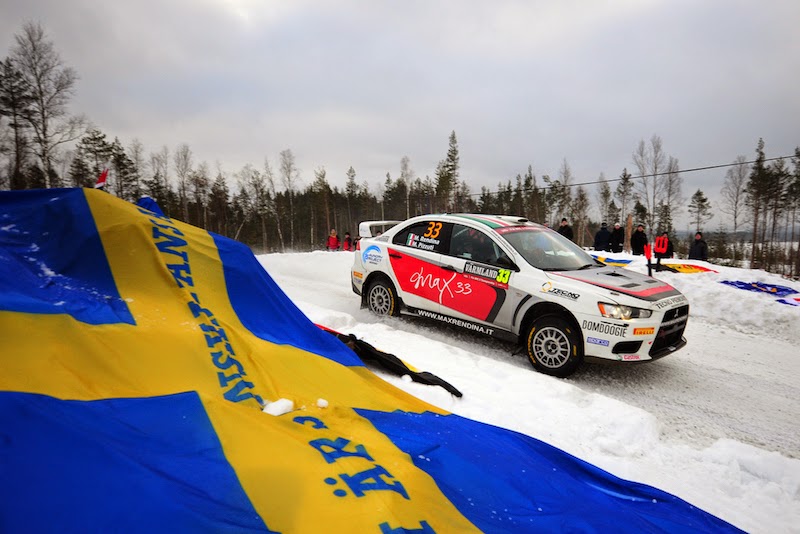 Max and Mario reacted on second leg. They played a second long day of the Rally Sweden with great determination, improving the sensations on the snow surface for to take their first and important points in 2015 WRC.

Unfortunately, the positive second day was partially disappointed by the heavy penalty imposed by the Stewards of the Course for exceeded speed infringment during the reconnaissance before the race. The Stewards, after due deliberation decided to apply 2500 Euros fine and two minutes "to pay" during the year. 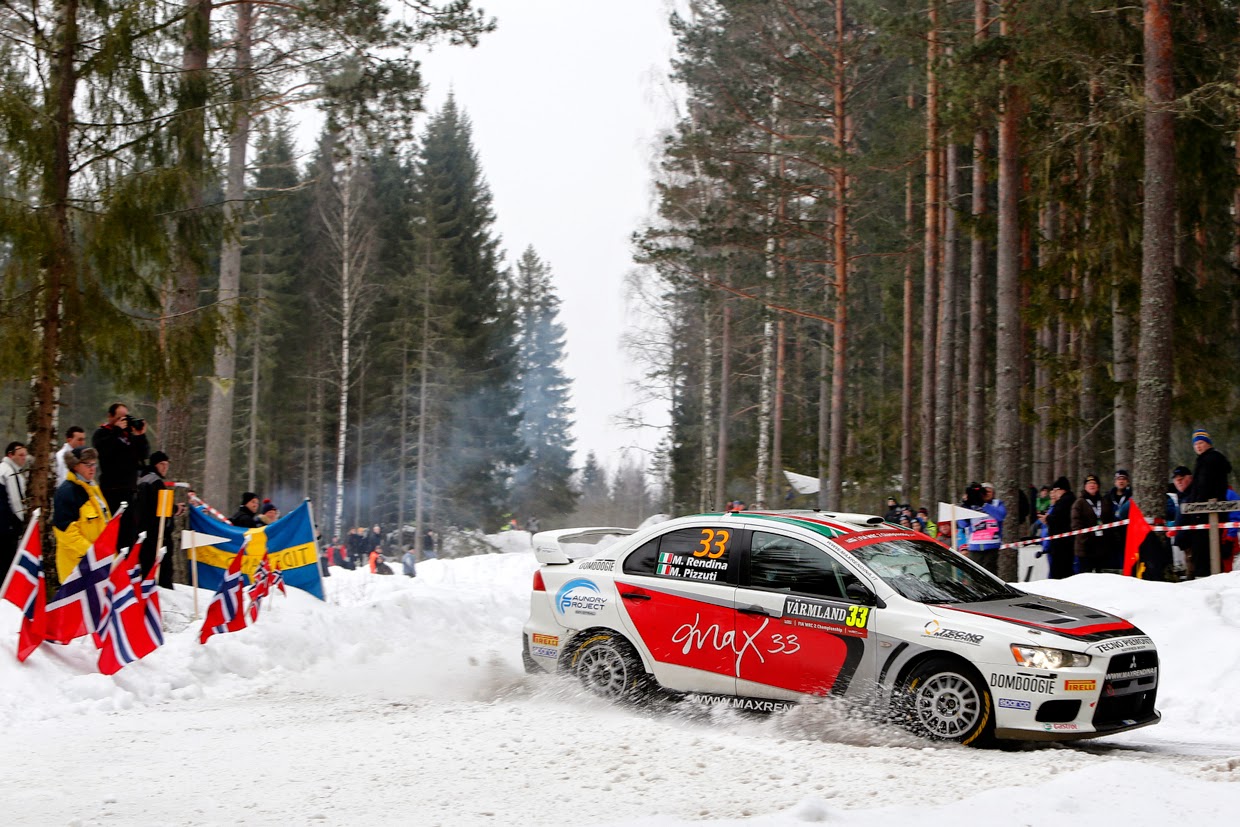 This "out program" doesn't scratched the temper of Rendina -Pizzuti, not even for the final effort of the third leg today: after an effect start, they suffered another puncture  and then, they tried only to see the podium, just to take the first WRC points. " There was the possibility to continue the attack , but we didn't wanted to take more risks. It was important to take points - declared Rendina- it was difficult also the,  to go slowly it's more difficult than the decision of driving up to the limits!”.

Rendina and Pizzuti have concluded at their best Swedish race in the ranking production, an extremely competitive category, with 10 cars at the start. The final race count is about 22 minutes lost and 9 re-assembled in front of other competitors. The standings seen the Italian crew in the fourth provisional position.

The Max 's comment at Karlstad arrival: " A unique, exciting and highly formative experience.  We were was a tour first experience and l must say that  our “luggage” of experience is definitely increased. We started with a double goal which is learn on the snow surface and gain the important first points of the season. We are centered both. The Lucky sometimes betrayed us but we have been able to react, we think that done a remarkable job. Thank to the team for their strong support, Pirelli and obviously my co-driver Mario. Now we are ready for Mexico challenge, ready for success!".